The facade emphasizes the underlying architectural idea of the building as spatial cellular organism. The structure consists of five solid functional cores that are merged together by the ribbon-type multi storey steel and glass facade. The facade as superordinate connector comes with an expressive consistent design vocabulary.

This structure consists of CNC-cut steel sheets that are prebend segmentally and just need to be screwed together at the site. The frameless glass facade is being held at the junctions by tension and pressure bars (Windnadeln) and can be manufactered with customary glass panels. It is suspended with tension bars from the cantilevering ceiling. The facade can be deformated to a small amount by wind loads which does not affect its functionality.

By changing the curvature and depth of the fins the light and radiation input is adapted according to the respective needs. Due to the orientation of the fins they do not affect the view towards the exterior. The constructional principle allows various structures of the facade and effects an multifarious play of shadows in the large atria. 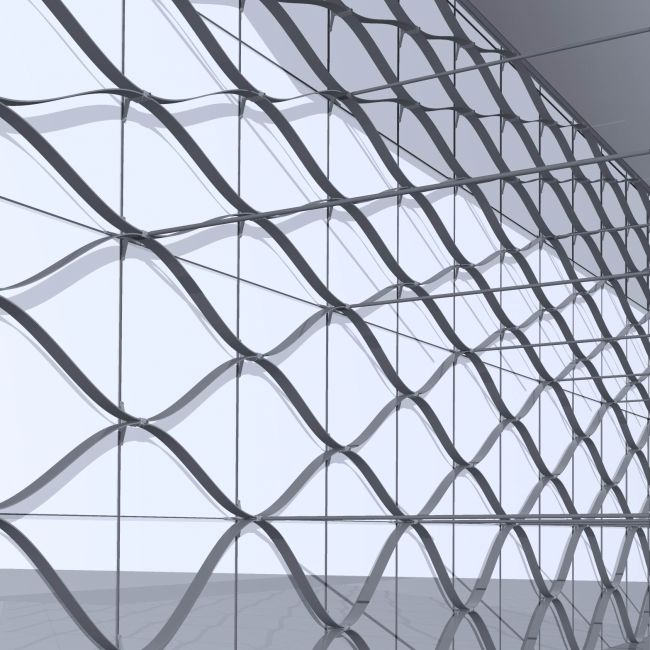 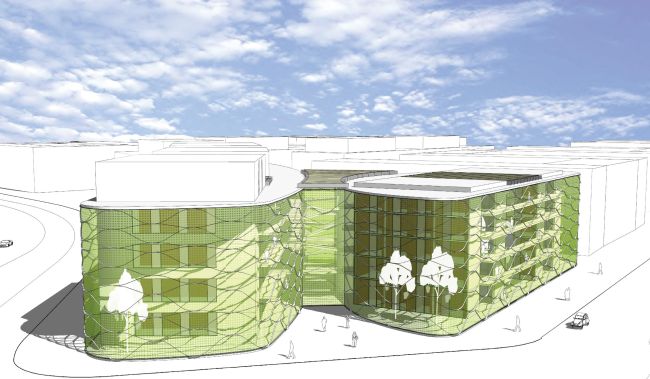 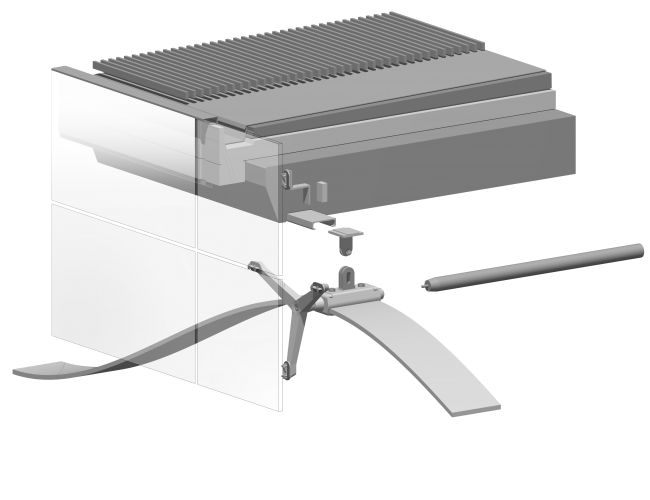 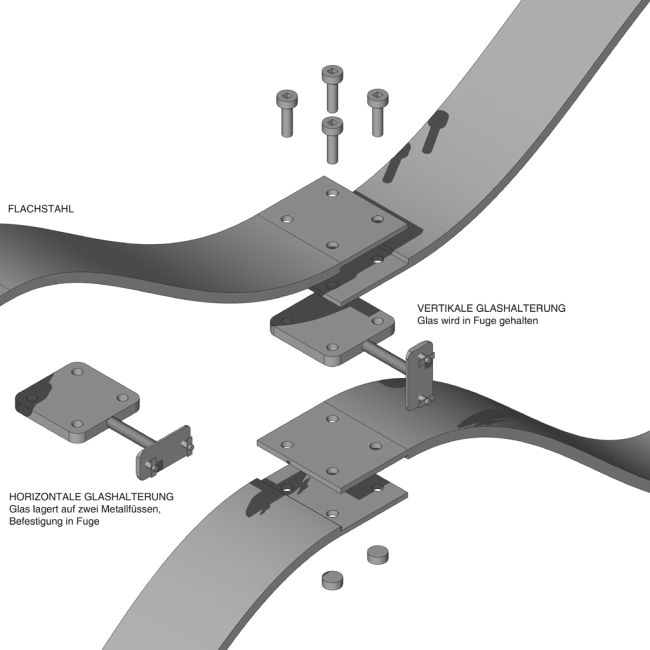 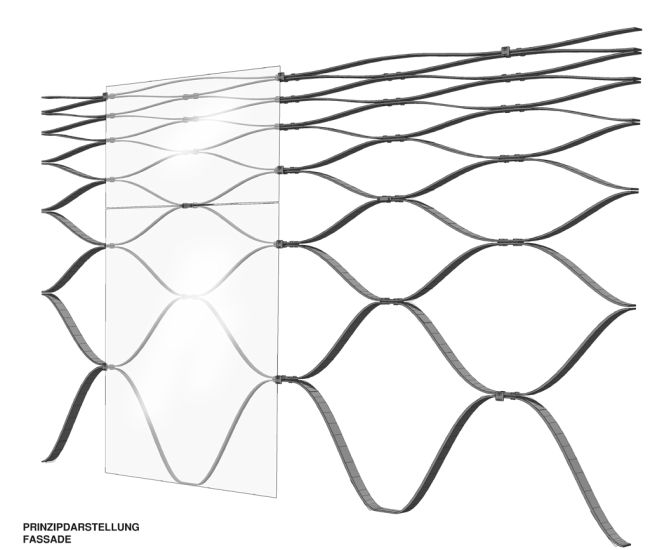