The Städel Museum in Frankfurt has been extended by the underground Garten Hallen. The distinct design element of the new building are 195 round walk-on-able skylights that are the only part of it one sees from outside. The static and building physics requirements are enormous as the skylights are walk-on-able and insulate the building from the surroundings. In addition they provide the illumination of the building with both natural and artificial light.
The skylights have been built with spherically curved cold bent glass with a deviation of 25 mm. This technique was used here for the first time worldwide. Their diameter varies from 1,5 m in the peripheral zones to 2,5 m on top of the dwelling. The upper part of the insulation glazing is formed by three toughened glass panels. Between this and the lower 0,9 mm SGP laminated glass layers is a gap. SGP film hast a higher stiffness compared to PVB films.
The suitability of the panels has been proved by both calculations and trials of the remaining bearing capacity that take into account the Schalentragwirkung for the usual impacts on a walk-on-able glazing. The spherical distortion condition is stabilized through the permanence of the Schubverbund of the viscoelastic SGP film. Without the shear connection between the panels as a result of the film the VSG-package would spring back into the former distortion condition (no curvature).
The pre-buckling deflection is not only statically advantageous but also prevents the development of water deposits. In order to be able to identify the behavior of the glass considering the viscoelastic Zwischenmaterial with different temperatures and workloads numeric simulations have been performed beforehand. In addition the deviation of the skylights is being controlled with regular measurements on-site.
Osd consulted schneider+schumacher for this innovative façade-construction and supported them putting out the skylights to tender and placing the orders. During the construction the load-bearing capacity trials for the approval in the solitary case have been coordinated by osd. Together with Kai Otto (schneider+schumacher) and Hanno Sastré (seele_sedak) Harald Kloft and Florian Mähl have published an essay in the specialist book “Glasbau 2012” on the innovative skylight glasing of the Städelmuseum. 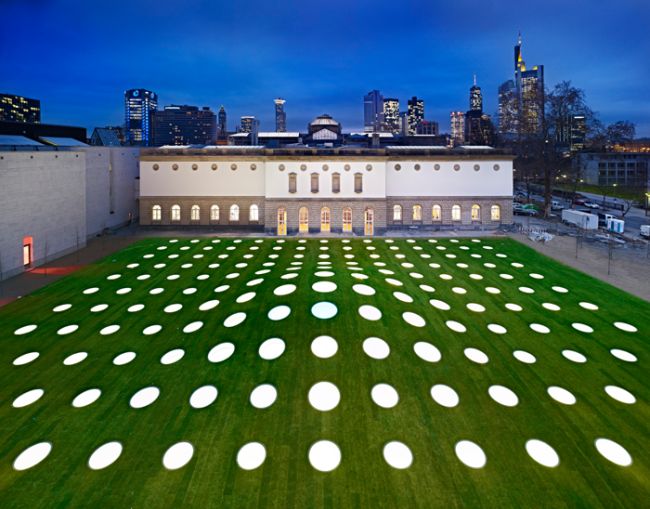 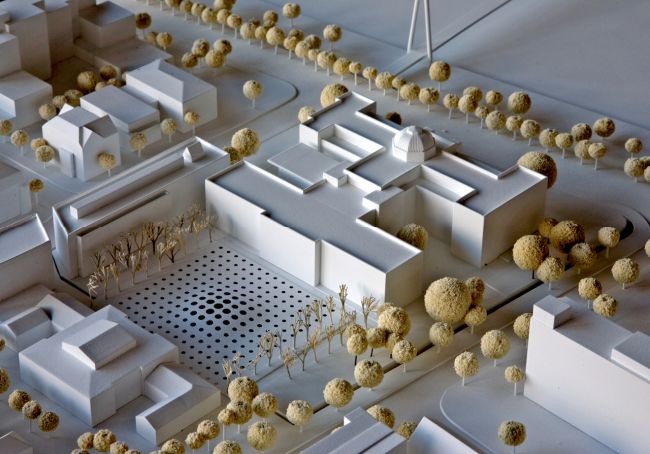 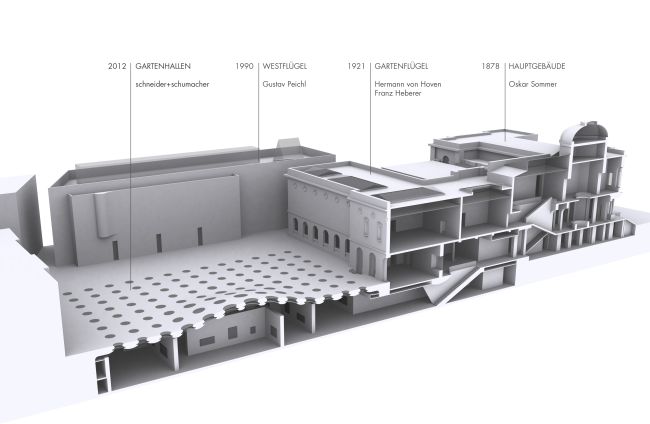 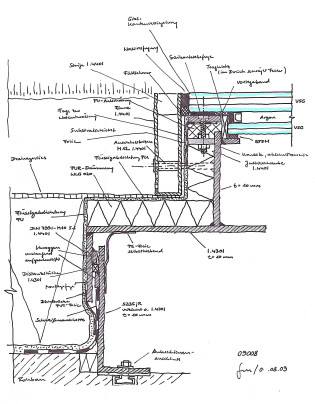 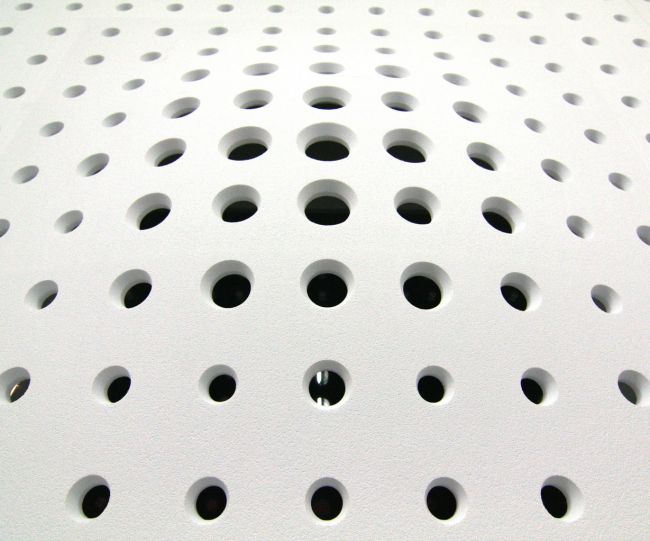 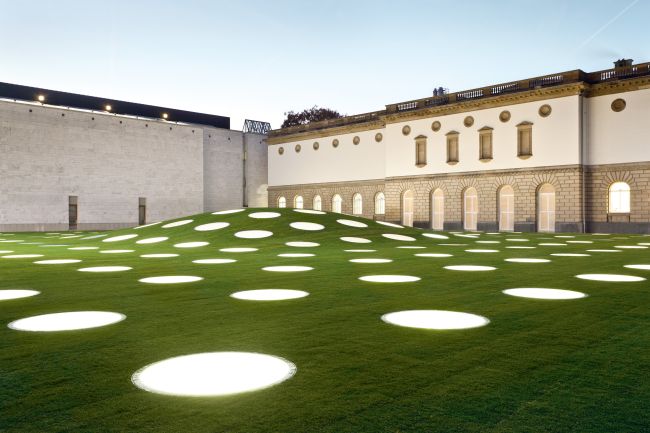 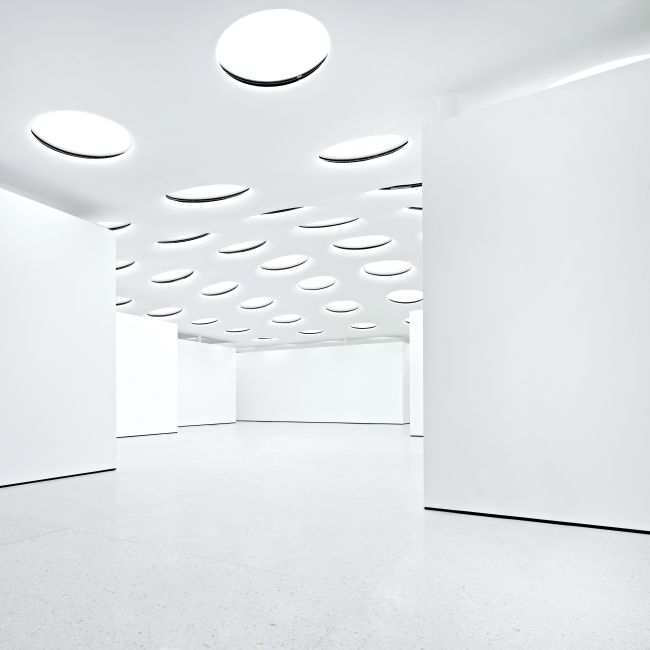