The two towers of the Universitätsklinikum are an essential part of the Münster skyline. Their ribbon type structure is formative for the cityshape. Taking this into account the design proposes to maintain the existing characteristics of the building and create a new and fresh appearance with minimal measures. Therefor the facade will get almost completely renewed regarding building physics and brought to a state-of-the-art level regarding energy efficiency. The rectangular circulation and office wings will get integrated in the esemble of the round towers and combined to a holistic building.

The new breastworks will be made of white pigmented ductile concrete prefabs. These micro-reinforced just a few centimeters thick concrete-components are about 6 x 1,65 m and curved. According to the cardinal directions the breastworks will be inclined differently: Towards north externally and internally towards south whereas the western and eastern components will be sheer. Thus an optimal lighting respectively shadowing of the rooms is possible. In order to optimize the shape geometrically the shadowing has been simulated three-dimensionally.

Steadily changing its incline the breastworks revolve around the towers on every floor and thus emphasize the togetherness of the buildings that form the ensemble.

The steel handrails with a filling made of stainless steel net will be mounted on the inside of the concrete components with the same inclination as the latter. As the handrails are very filigree they don't disturb neither the appearance of the towers nor the view from inside. The windows are proposed as lightweight metal construction and the walls between them as composite insulation system. 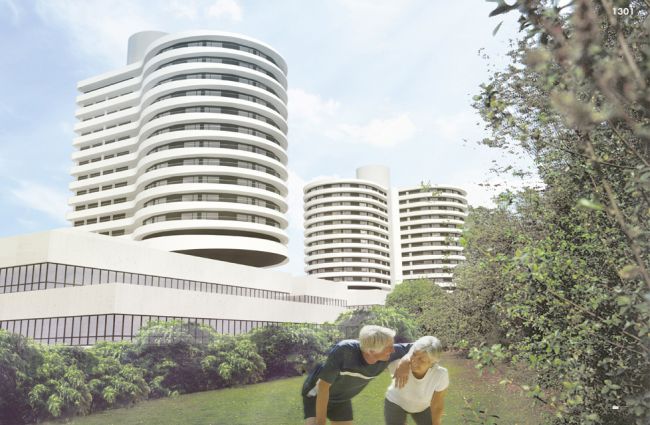 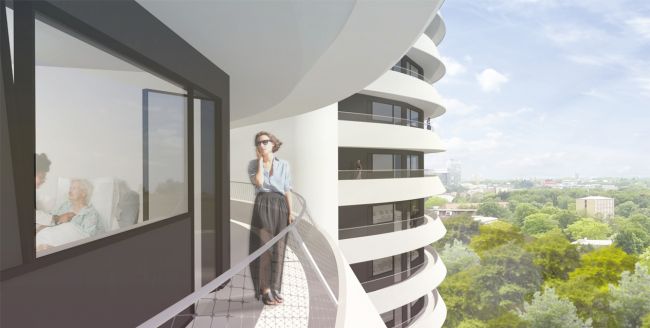 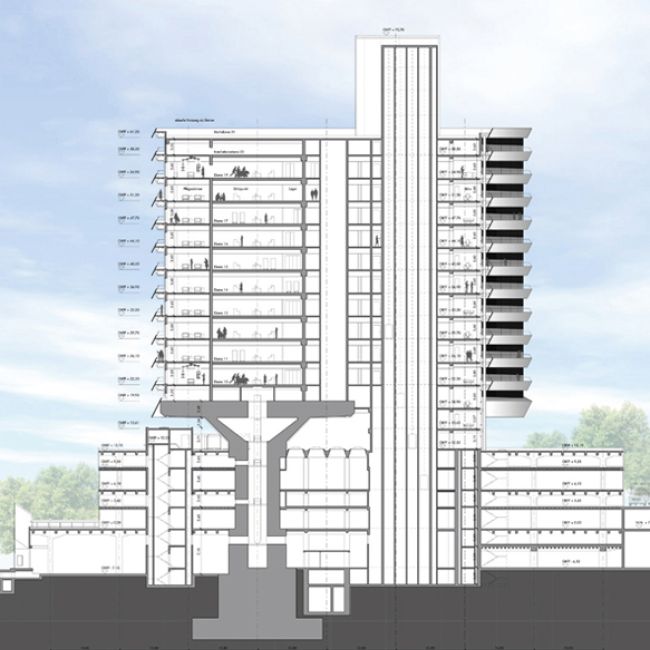 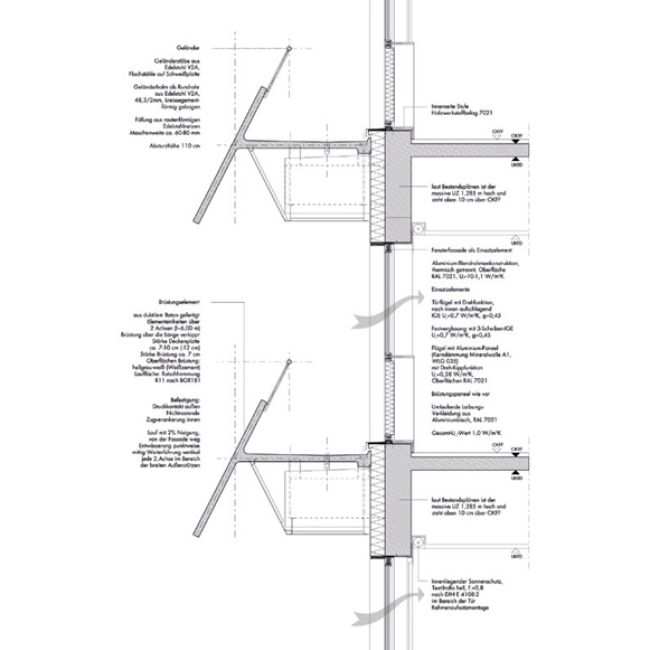