The new building for the Landesarchiv NRW is situated directly at the Kai of the Duisburg Binnenhafen. 76 m high the archive tower is put in the middle of an old warehouse. In order to conduct away the high loads of the tower seperately from the existing building Vierendel pillars are put sleeve like around the reinforced props of the existing building. The separation of the loads is continued all the way down to the substructure. About 500 small auger piles that are drilled 15 to 20 m deep from the existing underground floor function as deep foundation for the archive tower. After the production of these the underground floor has been filled with concrete in order to produce the base plate. This combined base-pile foundation (KPP) securely conducts the extremely high loads into the ground.
The special characteristic of the building is the brick façade that refers to the surrounding buildings and interprets them anew. Not providing internal space but housing the mechanical ventilation system the striking pitched roof is built as steel construction with a permeable cladding. Thus good ventilation of the steel frame that is anti-corrosion coated is ensured and no condensed water can concentrate.
The ornamented brick façades of the walls are kept up in the roofing. A special solution was necessary to ensure a constructional and durable structure for the angular brick façade. Already during the final design osd considered several alternative for a feasible construction. In the end the bricks were perforated and stringed in layers on steel bars forming bigger elements. By using different shapes of bricks the distinctive diamond pattern is formed. Also suction intakes for smoke extraction have been integrated in the roofing by simply omitting some elements.
The new archive tower for the Landesarchiv NRW shows that high design quality is the result of a common motivation and consequent cooperation of architects and engineers. 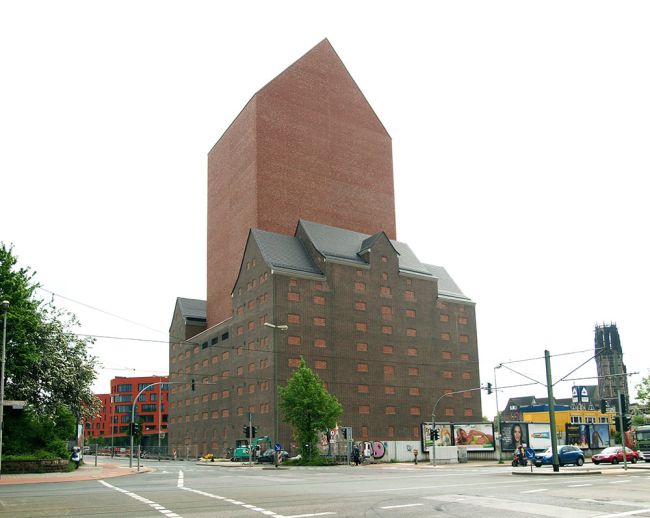 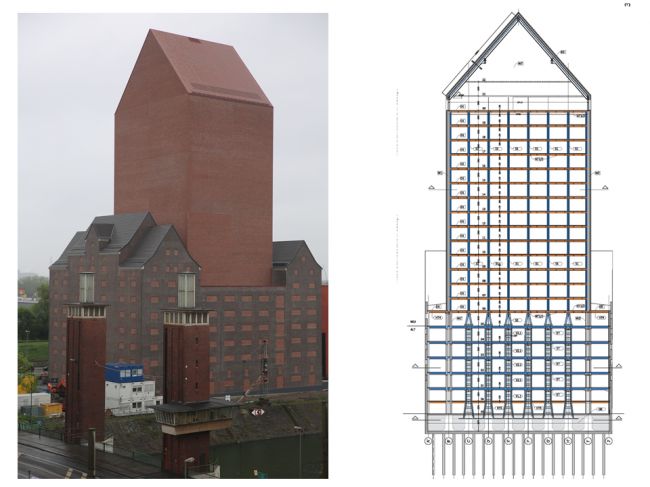 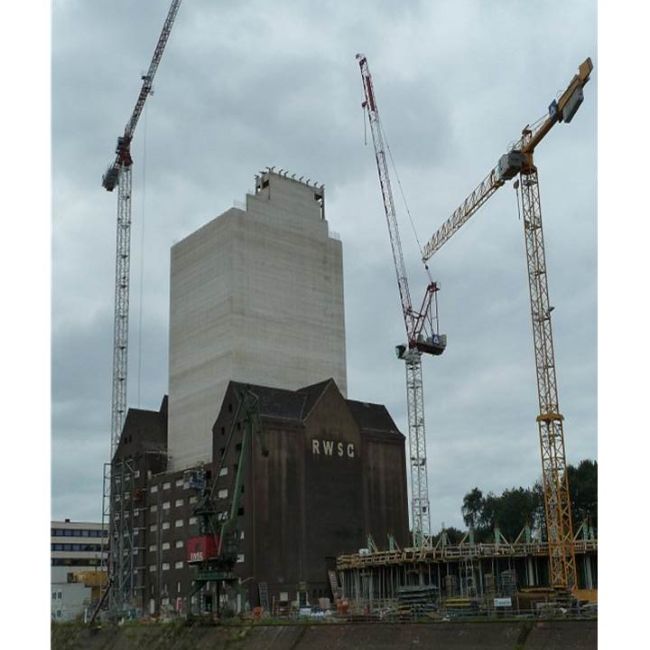 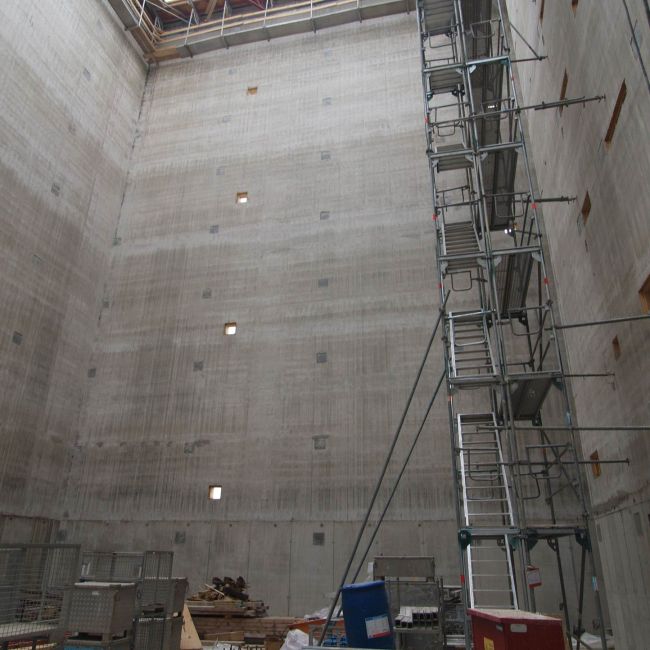 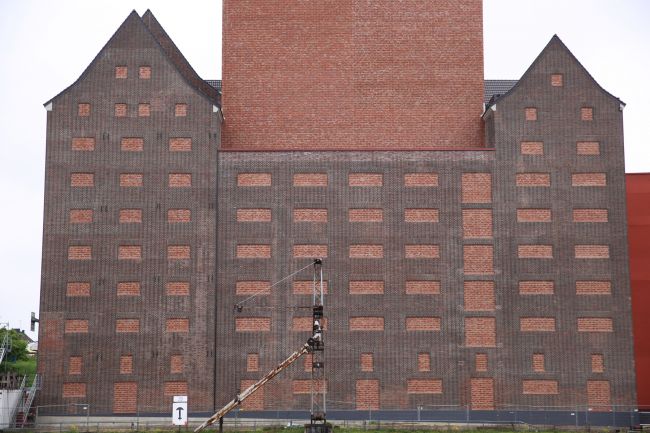 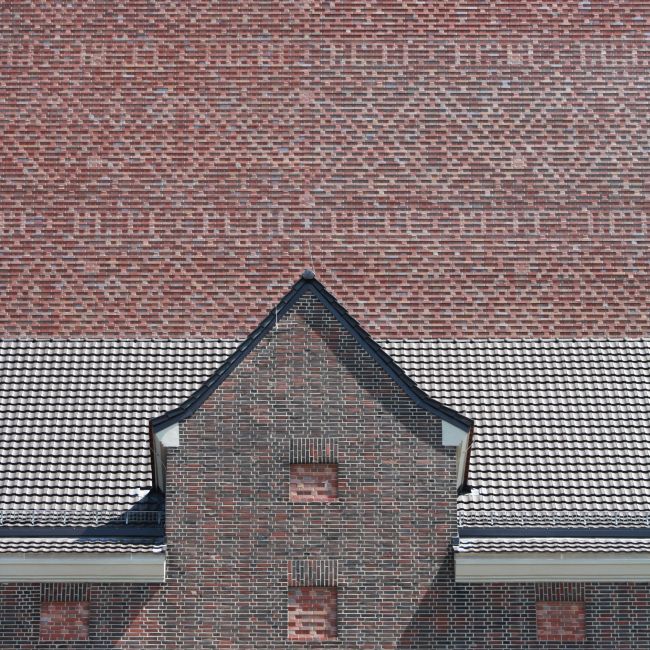 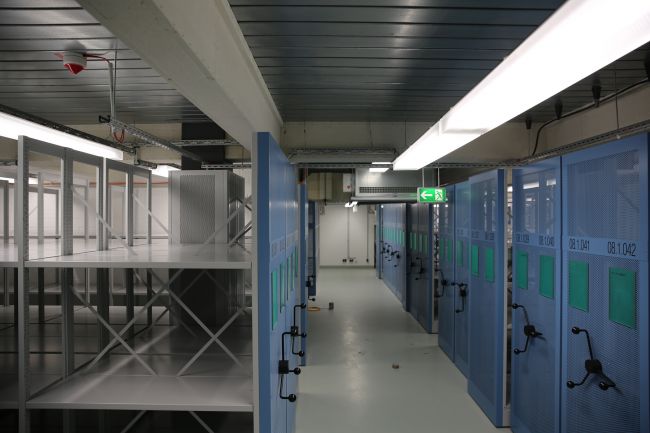 Vierendeel pillars support the tower independently from the existing building 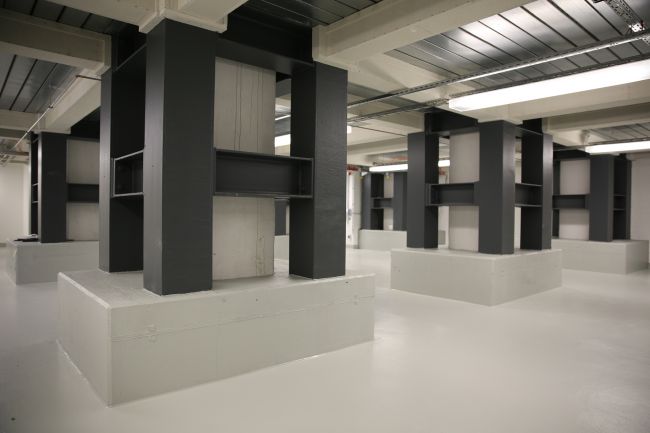