The official building of the district administration in Kaiserslautern has been erected betwenn 1956 and 1960. The L-shaped building with a flat roof is situated on a prominent lot in Kaiserslautern. As a representative of the early post-war-modernism the structure is under monumental protection. It shows several elements typical of its time: the setback of the top storey, the flying roof, pivot windows, the structured natural stone facade and the curved stairs in the main hall. The facade of the main building is shaped by the grid of the pivot windows.
The original muschelkalk facade is in danger of collapse and the windows do not answer contemporary requirements and are not fully functional.

osd and schneider+schumacher developed a concept for the rehabilitation of the facade. The aim is to get a reduction of energy consumption as high as possible and to enhance both functionality and comfort while taking into account monument protection requirements. As a result a combination of a complete renewal of the facade in some areas and the conservation of it in others will be implemented. 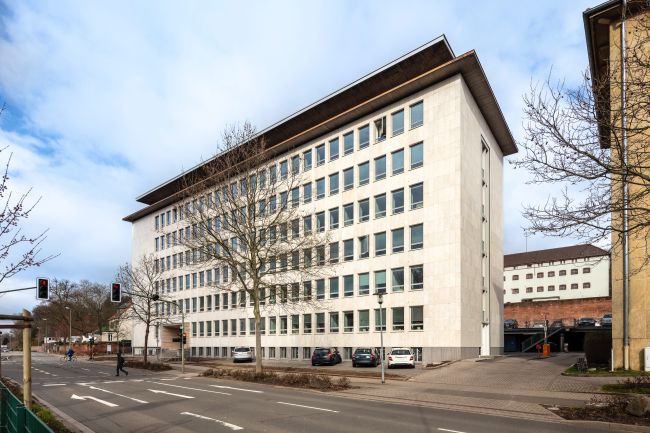 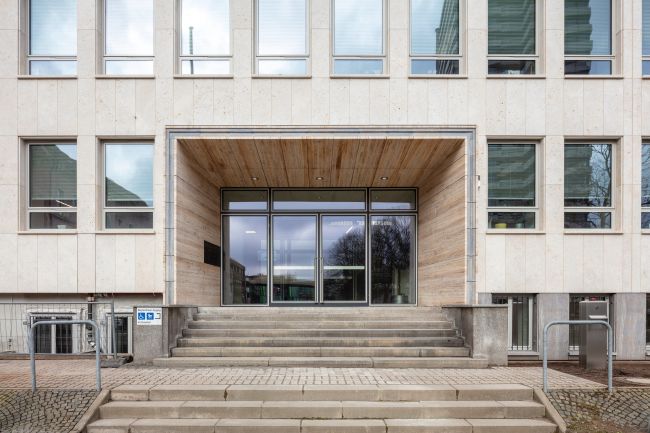 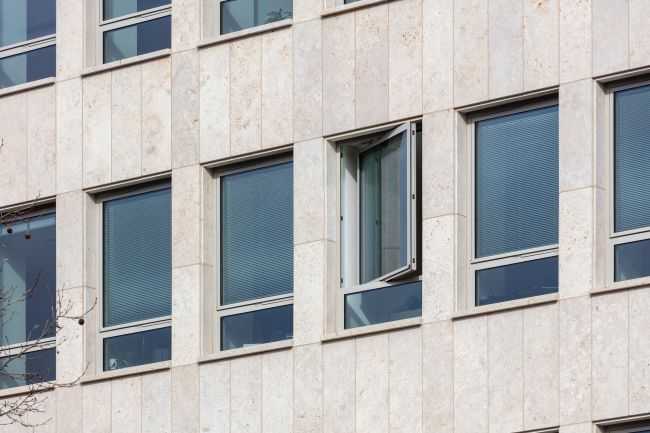 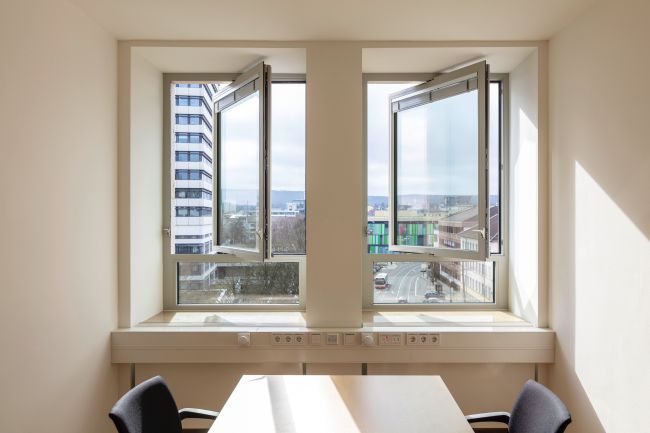 View before the rehabilitation (Photo osd) 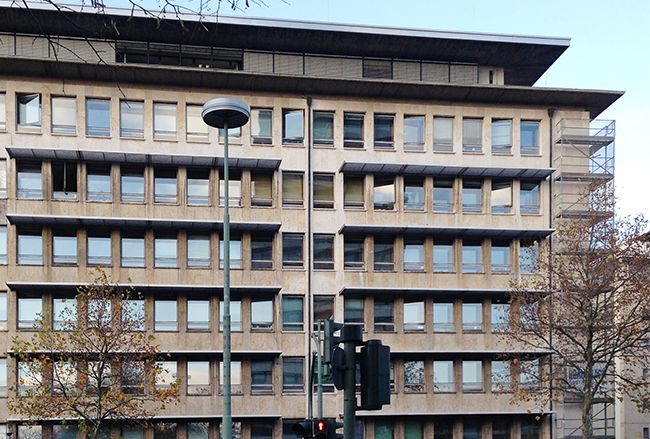