Located around the corner of the Alte Oper the 1962 office building has been completely refurbished and partly rebuilt. The focus was on the energetic, functional and compositional redevelopement of the facade. To that aim the six-storey building has been provided with a new hanging and back ventilated facade built of natural stone.

Especially challenging for the façade engineering was the integration of the substructure, the sealant and insulation layers as well as the drainage into the narrow lesenes. An also demanding task was the connection of this new façade to the existing reinforced concrete and steel frame. Fixed glass panels in front of the vent windows act as acoustical baffles. They enhance the acoustical comfort in the building when the window is opened and give the façade an accentuated rhythm.

Several areas of the façade have been energetically enhanced. Beside the reduction of transmission losses of heat through the use of highly heat insulating elements and the adequate guide of the functional and sealing layers the new façade has a higher amount of glazing in order to use daylight more efficiently. 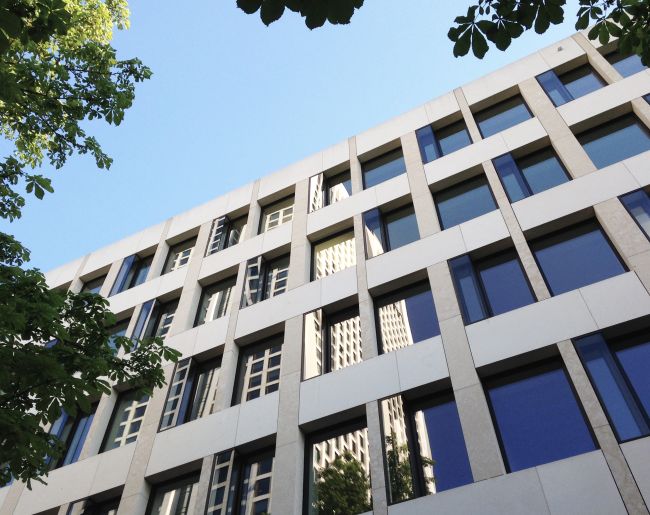 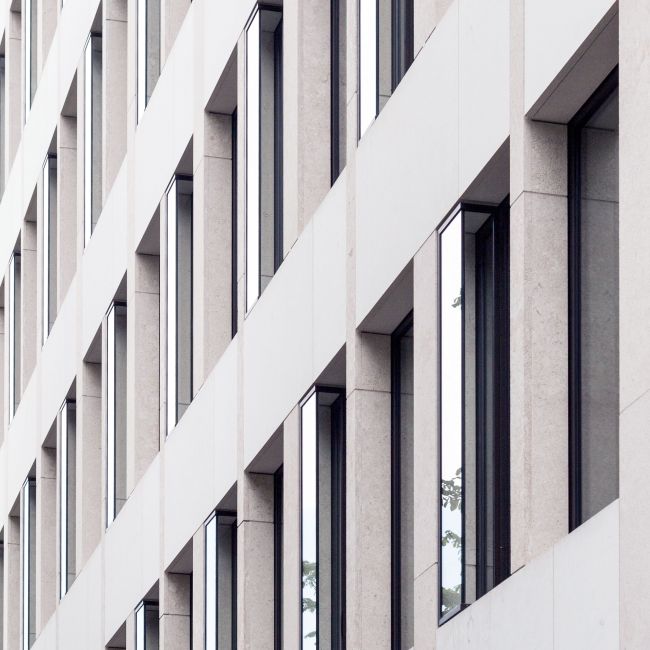 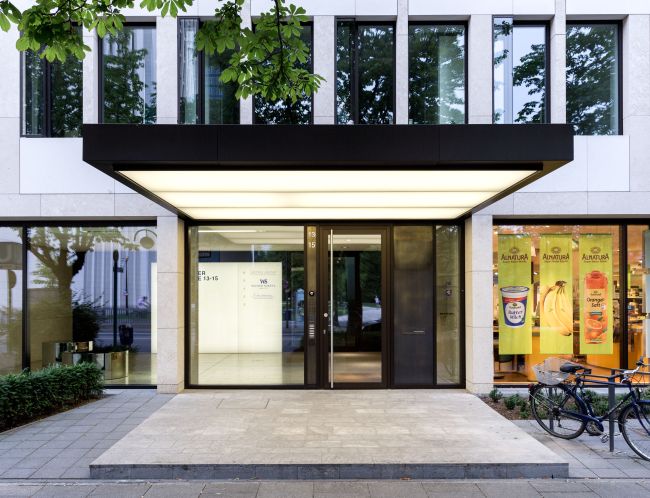 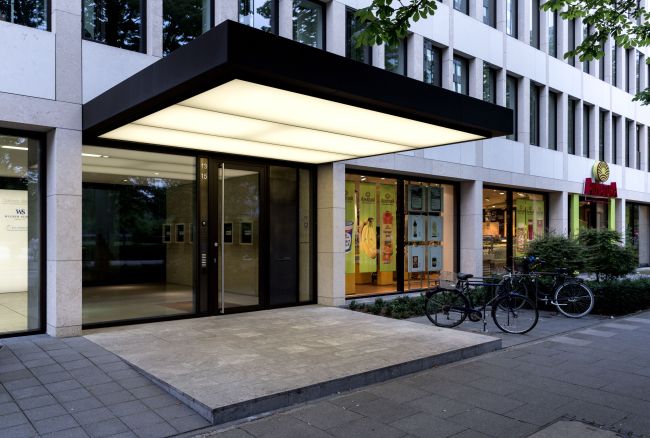 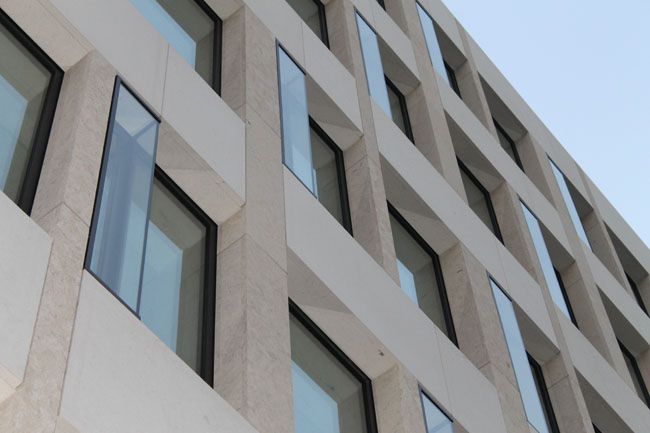