The three wing wood construction with a wooden facade offers a visible identification and meeting point for the people in the central parc of the new Europaviertel. Laube Liebe Hoffnung is a restaurant with a 14 m high watch tower. The geometry of the pavillon is developed from the continuated folding that is extended over the three wings.

Basically the pavillon consists of two parts: The bungalow and the 14 m tower. The pavillon is build with one underground level and houses the café in the right wing and a conference room in the left. The two angled tapering wings – the left one shortened a bit – are axisymmetrical. The shorter wing cantilevers about 9 m over an excavation for a new metro and road tunnel. This cantilever is supported by two walls that are grounded in the bank with 15° slope. In addition the bungalow is built with a balcony over the bank that is suspended on the floor of the bungalow with Schöck- Isokörben for thermal reasons. The supporting structure of the upper floor ist built in wood with two stiffening reinforced concrete walls and based on a 3 m grid. The roof that takes both the vertical loads of the bungalow and stiffening loads of the tower is a laminated timber construction. The second part is the 14 m high watch tower that is tapered in both aerial view and elevation. At ground level the tower has a footprint of about 9,2 x 3,9 x 8,2 x 7,4 m and tapers to about 4,4 x 2,7 x 3,7 x 3,1 m at the top. The cladding of the tower and the primary supporting structure is a wood construction whereas the stairs, platforms and handrails that stiffen the construction are steel built. The stiffening is ensured in one direction by laminated timber plates and in the other direction by three frames that are stiffened by the framework handrails. Because the supporting structure is less solid in this direction the tower additionally is horizontally coupled to the bungalow. 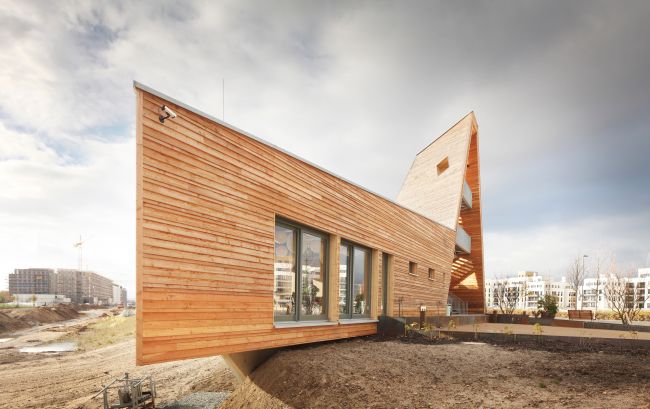 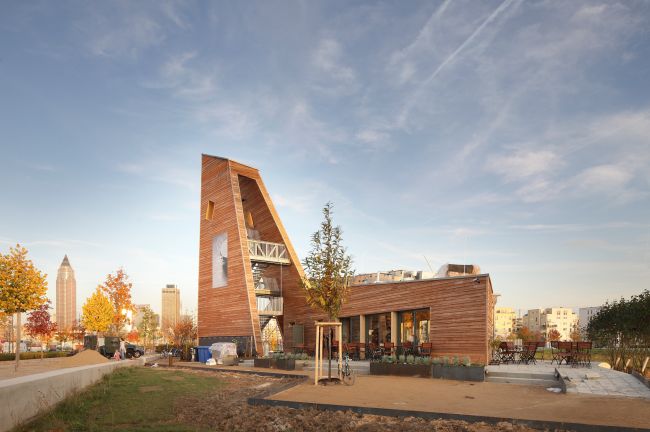 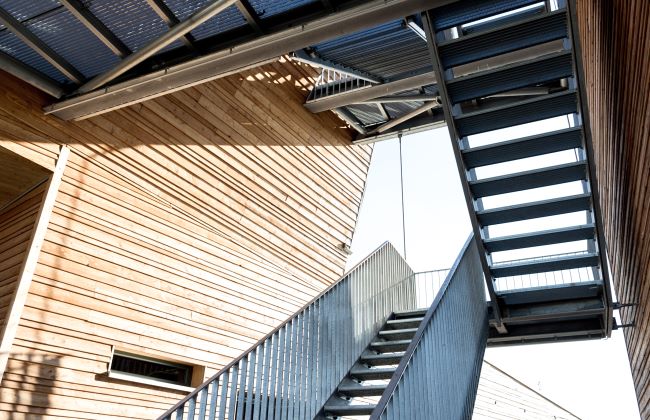 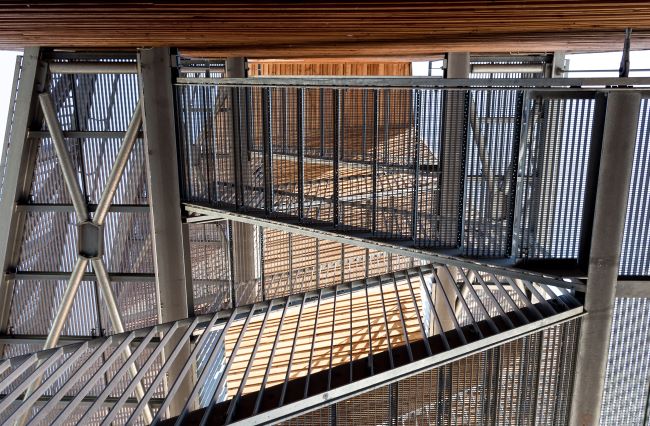 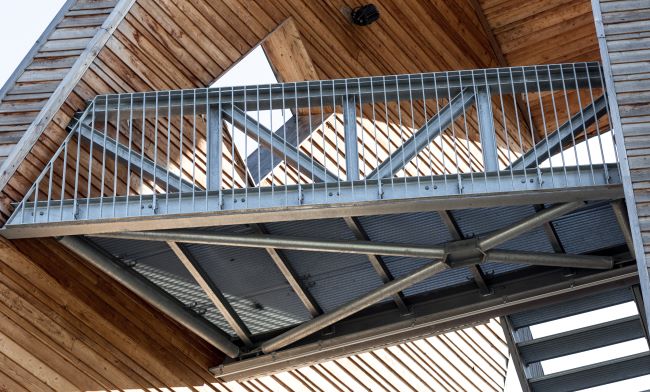 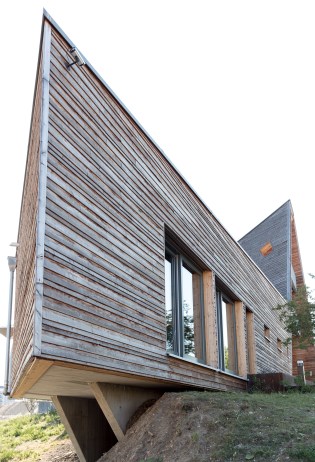