osd participates in the construction of the new Frankfurt School of Finance and Management and provides special services concerning the supporting structure as well as thermal building physics, energy footprint and building and room acoustics. Henning Larsen Architects designed the nine-storey building that is being constructed on the lot of the former Oberfinanzdirektion. The volume of the 35 x 150 m building is formed by the four-storey base that comes with a continuous atrium called Mall. From this base five towers that are about 13 x 30 m big arise: three southern and two northern ones. One underground level provides additional space.

Due to the high loads and the resulting soil contact stress and subsidences soil improvements during underground construction are necessary. In order to improve the load capacity and reduce the subsidences the soil will be enhanced with nearly free from vibrations methods such as CMC-pillars (Controlled Modulus Columns) in the area of the heavy towers.

Interaction between the highly efficient building services, the highly thermally insulated cladding and the optimized disposal of both rooms and windows allows to fall very short of the energy-related requirements of the EnEV. Thermal simulations have been performed in order to optimize the proportion of window area and the heat insulation during the summer. The focus was directed especially on the disposal of the teaching rooms, the Audimax and the multi-storey atrium. 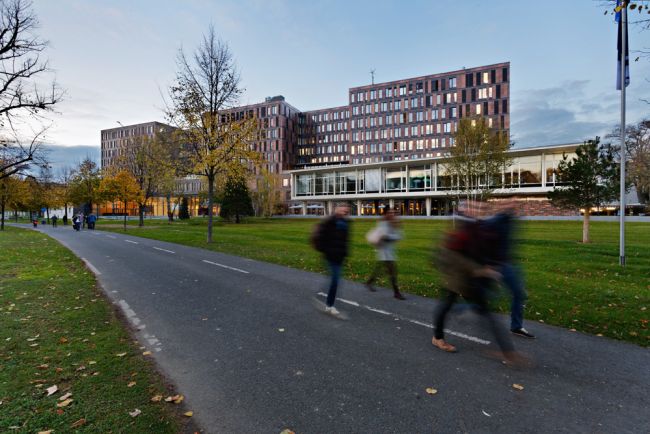 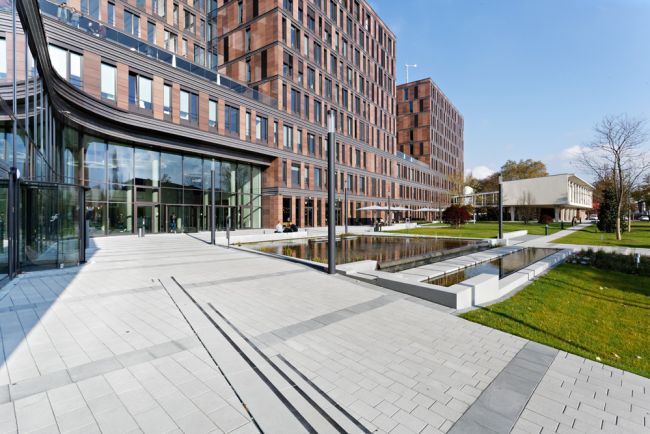 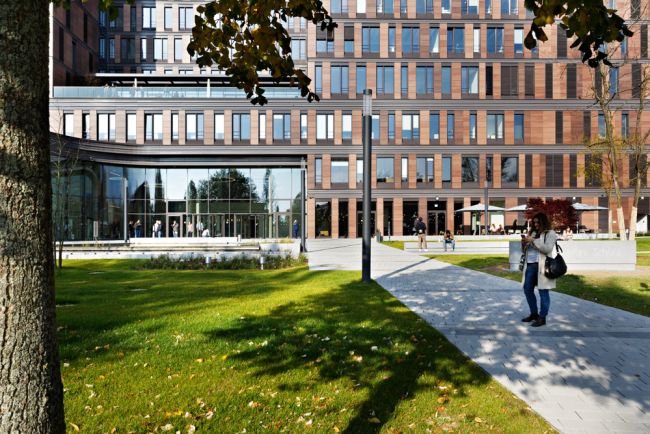 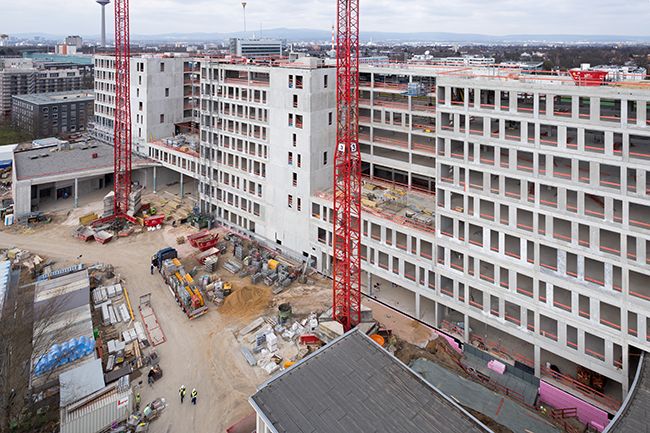 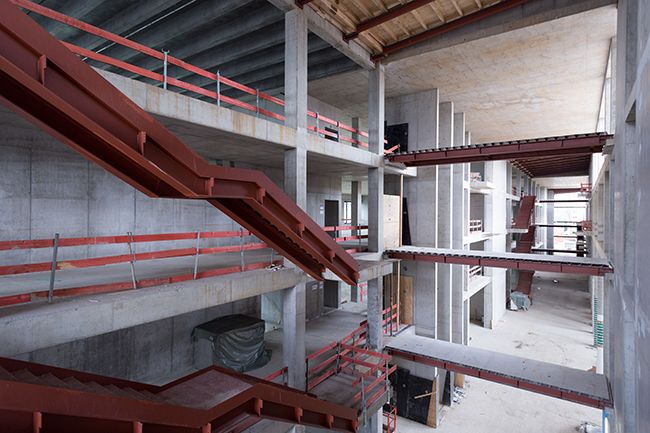 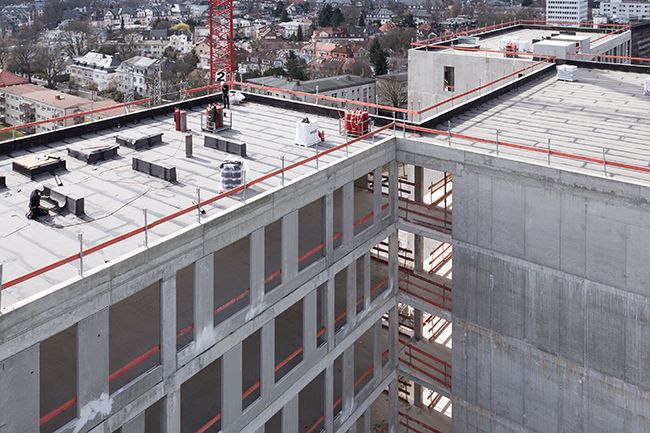 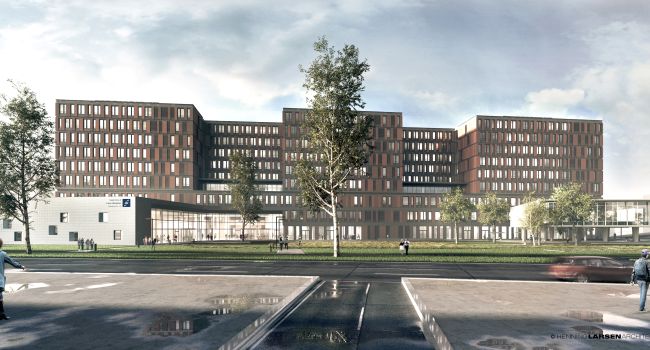 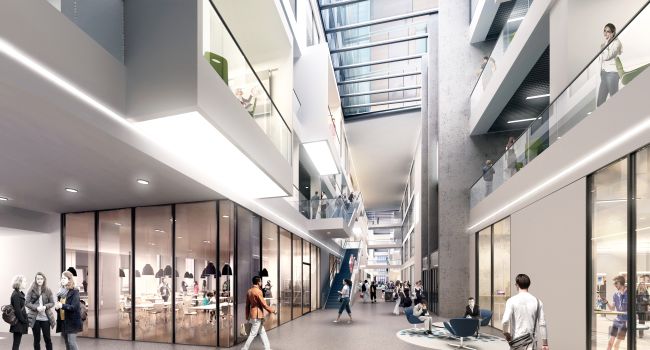 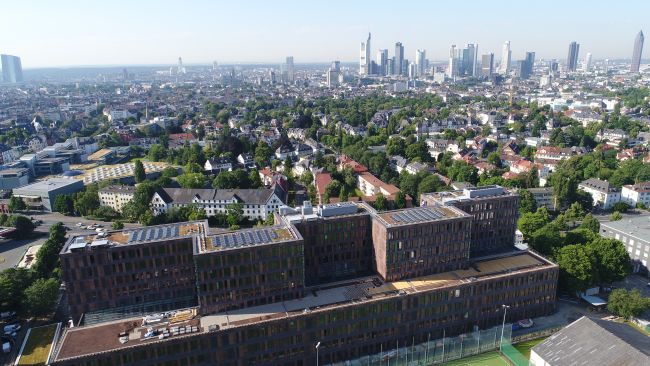