A three-storey extension has been added to the ancient residence and both have been enveloped with an expressive cladding. The extension, that has no underground level, has been built as massive structure with the supporting elements of reinforced concrete. Three building-high walls and floor to ceiling glazing towards the backyard form a distinct cubature. The roof construction rests on the three walls. In order to realize the amply room without visible pillars at ground level and the multi-storey void, the main rooms are positioned in a tube, that is suspended from the walls. A massive stair with landings provides the few connections with the opposed wall.
The roof construction is made of wood and divided into three parts. The existing residence has been provided a new pitched roof, that projects over the at the gable end over the width of the building thus producing a canopy. At the other end, where the extension has been added, the pitched roof changes into a folded structure. Due to the extreme complexity of the geometry for both geometrical and statical calculations 3D-software has been used. Following object planning a geometrical Rhinoceros 3D model has been created to create the structural design of the roof. This model has been transfered to a 3D software for statics (Rstab/Rfem) in order to furnish the proof regarding statics and the results used for execution planning.
Junctions and connections have also been developed using 3D software. The executing wood construction company used this data that has been optimized in cooperation for detailed planning. 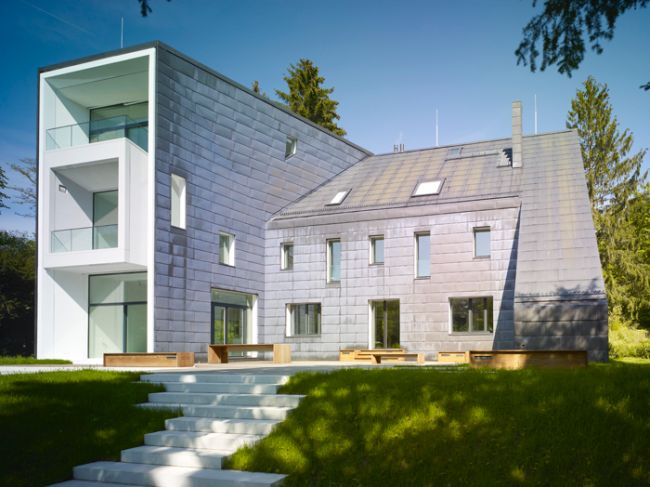 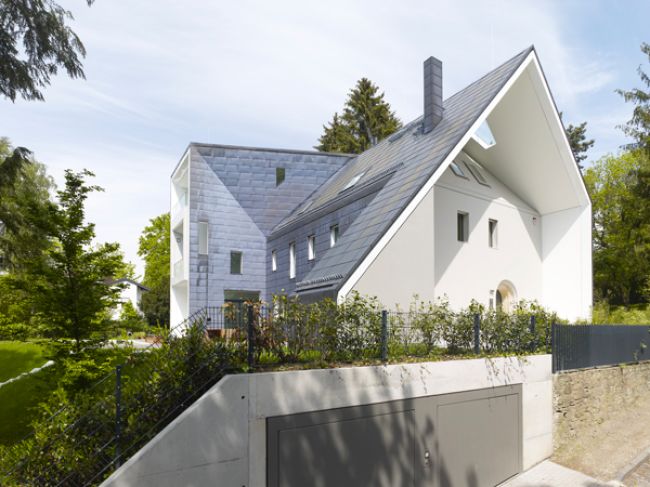 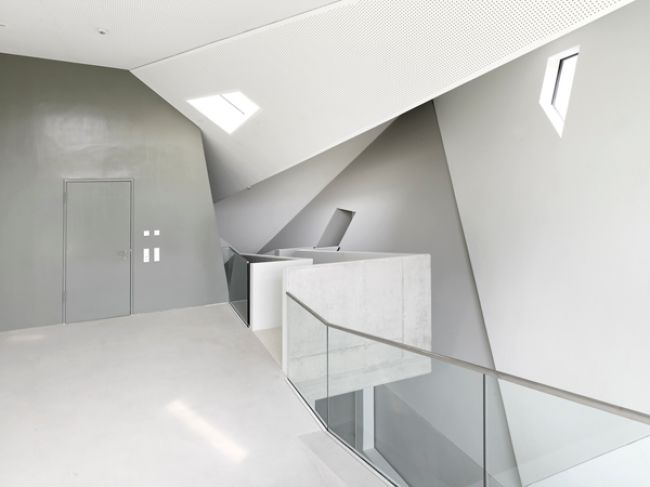 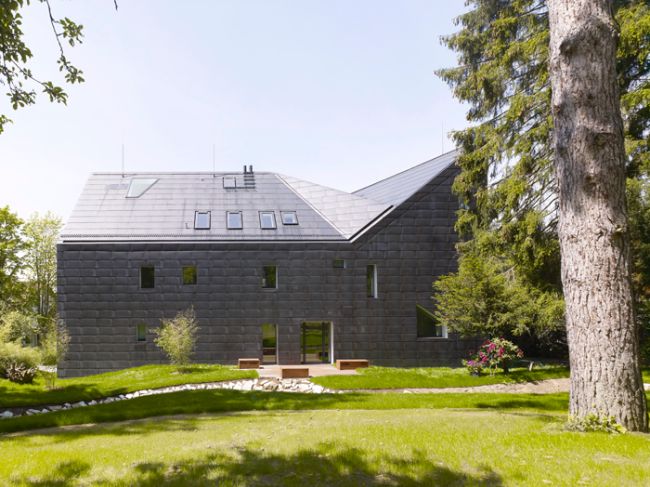 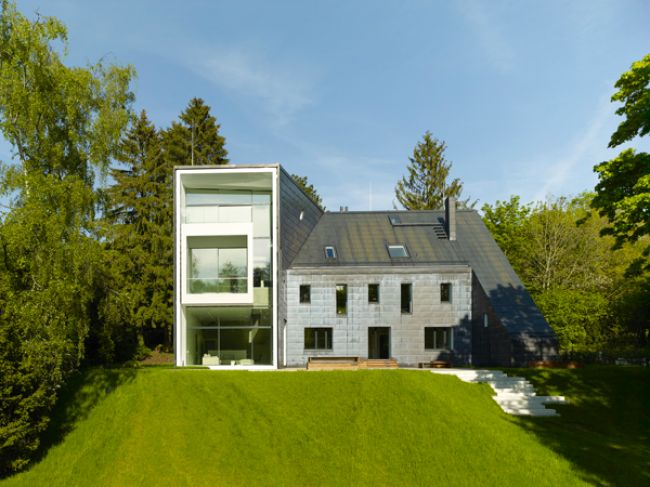 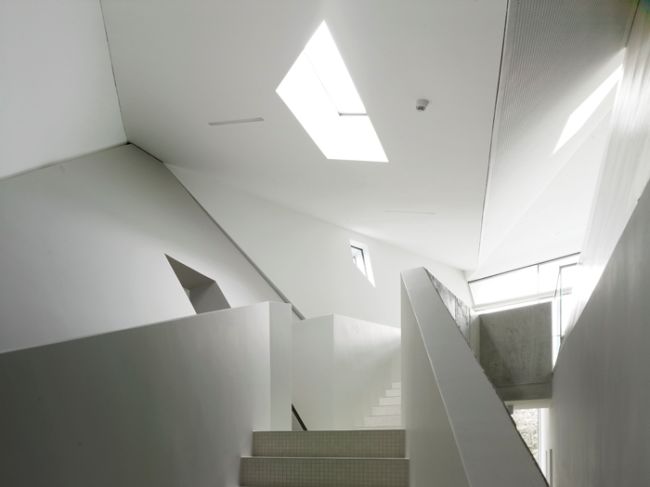 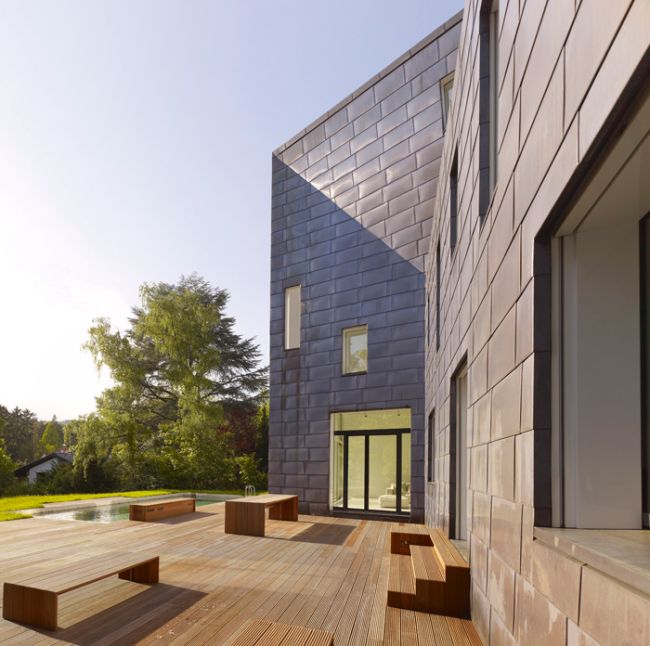