The project started with the winning of an international competition for the construction of three ministries in Reykjavik, the capital of Iceland. Franken Architekten developed the form in a computer generated design process.They aimed to integrate a four-storey building complex for three ministries into the urban surrounding. The architects got inspired by the typical basalt boulders and submited the building to a force field simulation: the stereometric cubatur is being distorted by forces that are derived from the surrounding.
osd took this approach as challenge and brought the idea of the programmatic distortion together with the real flux. In co-ordination with Franken Architekten the facade was designed as supporting structure that carries the vertical loads as well as stiffes the building in case of an earthquake.

The building was ready to be built but construction was stopped due to the financial crisis. 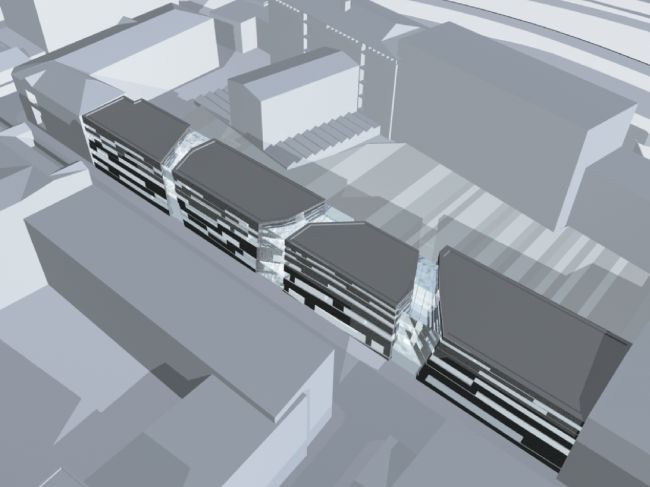 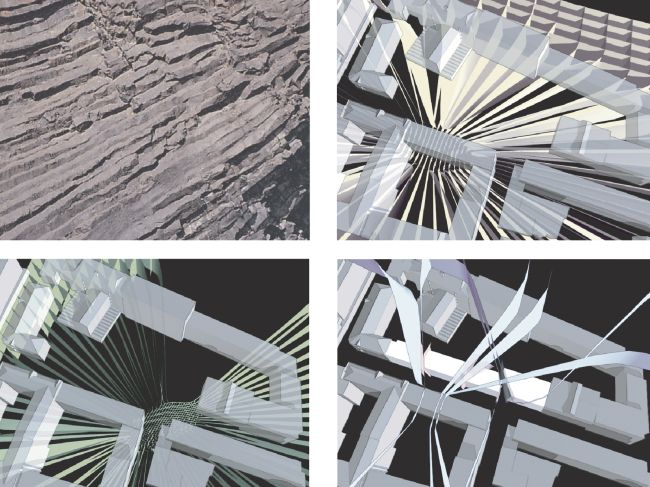 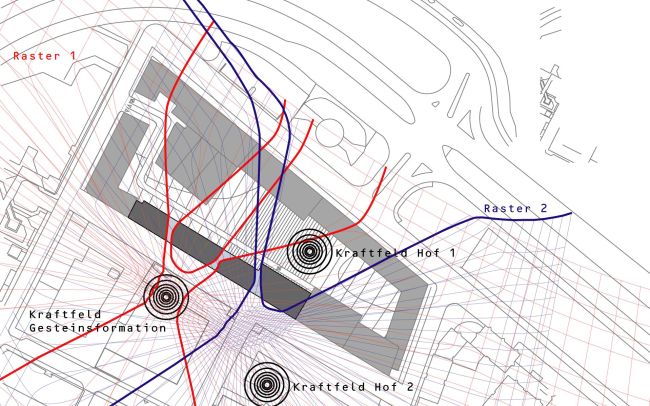 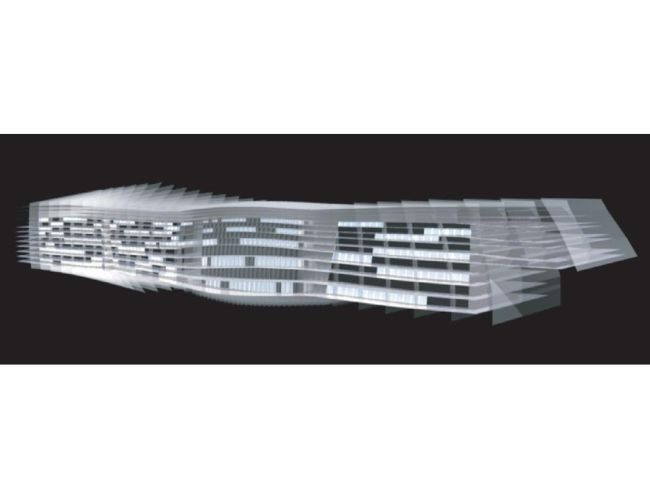 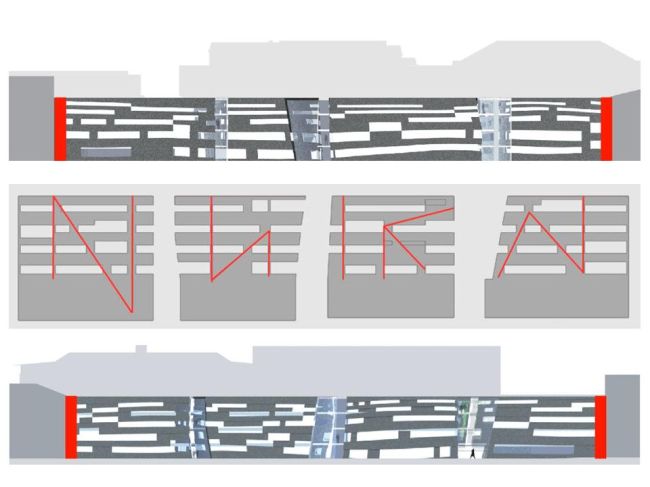 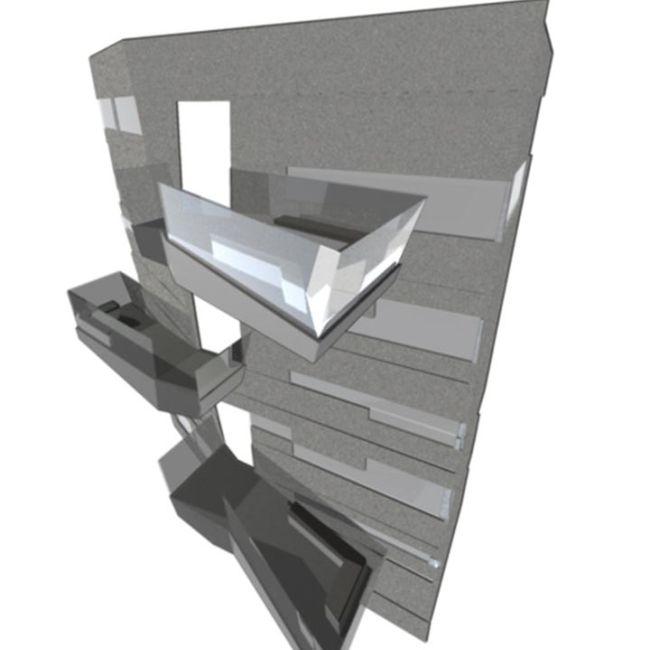