Kassel main station – a terminus that dates back to the 19th century – has been enlarged several times and finally been tunneled under for the Regiotram. Thus is became the junction for the whole regional traffic. The new light and filigree wood and steel construction that is open at the sides spans over the whole length of two platforms for three railways. The supportless roofing picks the existing barrel vaults up and stabilizes the ensemble of different buildings and roofings optically.

The static design is based on an slightly elevated barrel vault that is supported by a steel box girder. Thus the load is conducted point based into the reinforced concrete tray. The supporting structure of the barrel vault is based on the Zollingerbauweise, a single curved fin construction with diamond arranged bars that reach over two fields. The most essential difference to the Zollingerbauweise are the rigid intersections. These were necessary to absorb the exacting bending moment due to the only slightly elevation. In order to ensure these intersections a new type of conjunction with plug connections that have glued in steel dowels has been developed. This type was transfered into a reference detail that could be applied to all other intersections afterwards. 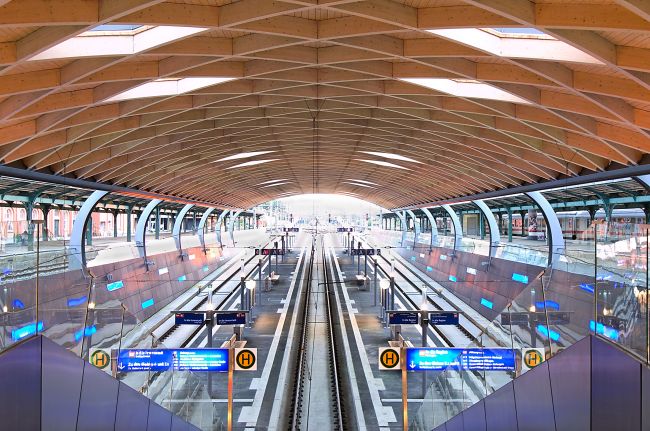 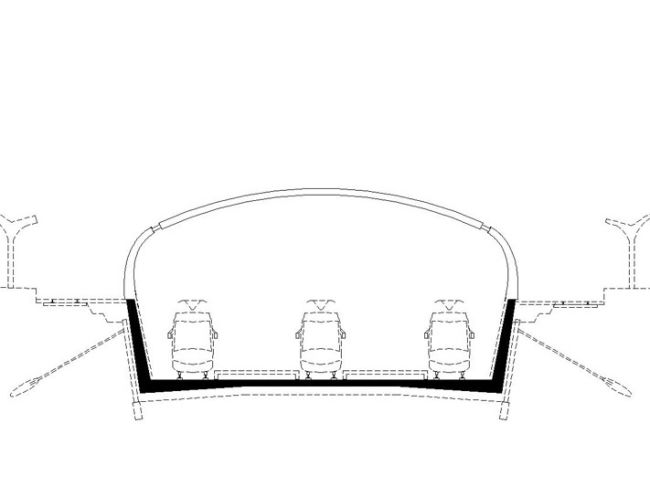 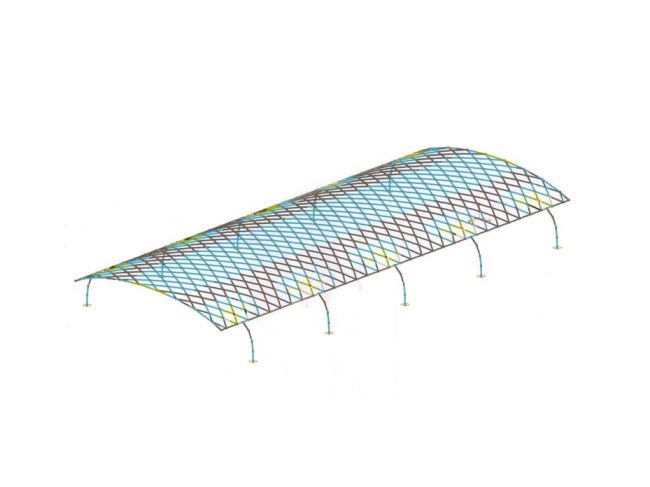 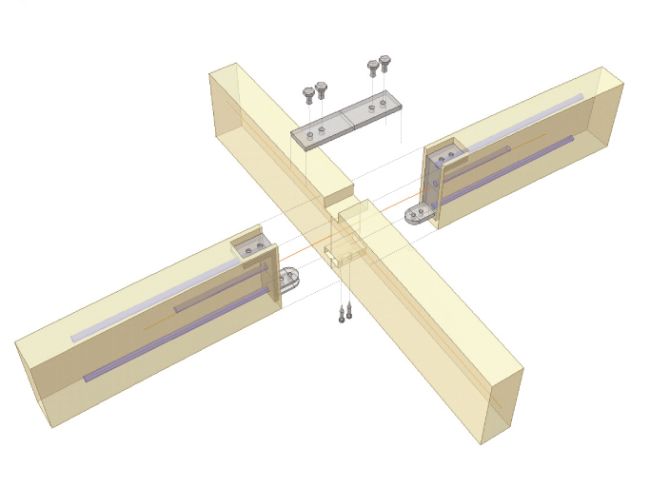 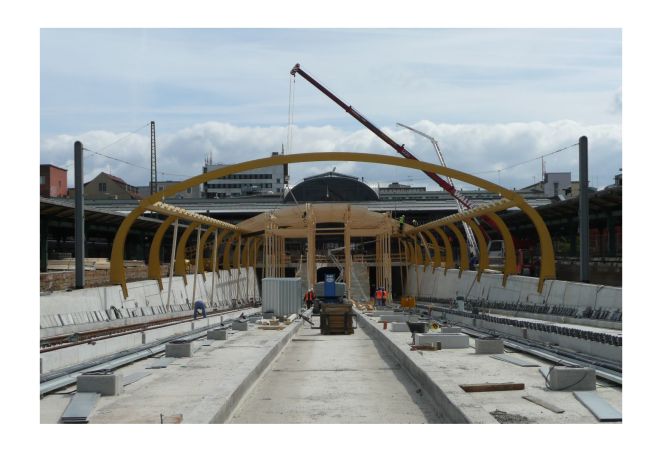 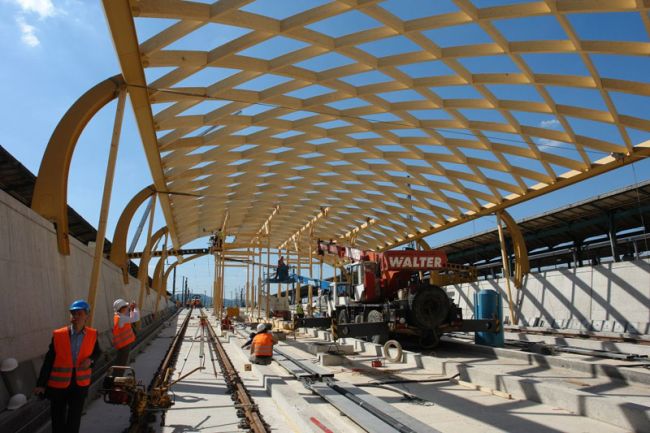 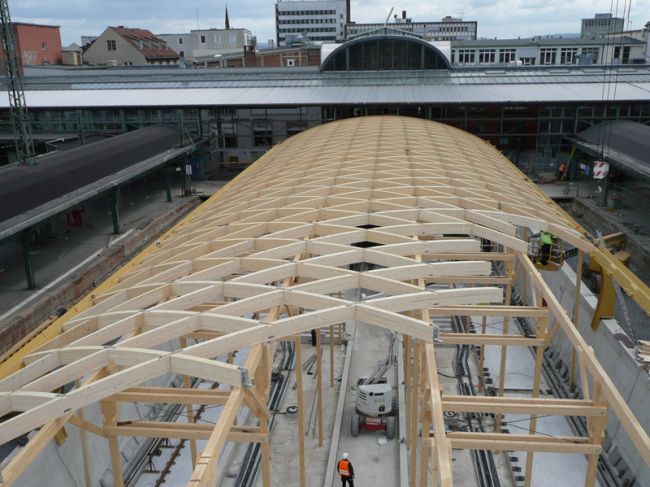 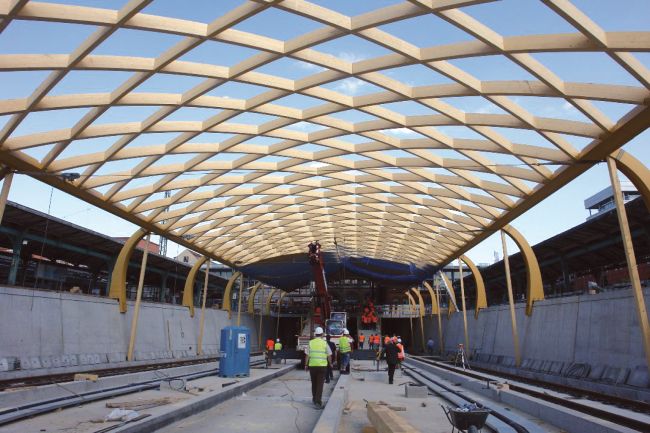 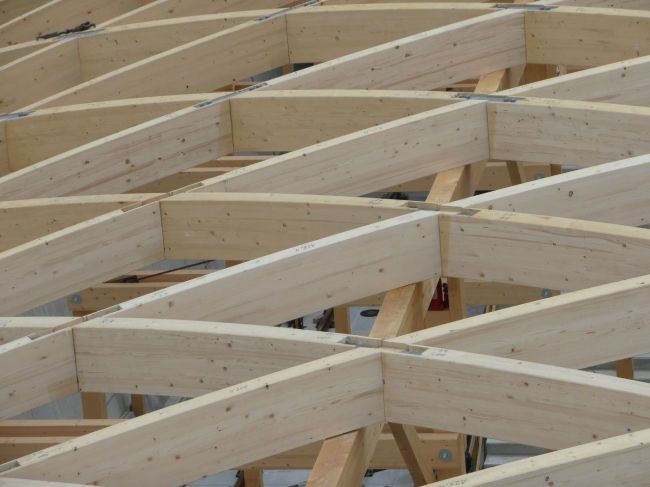 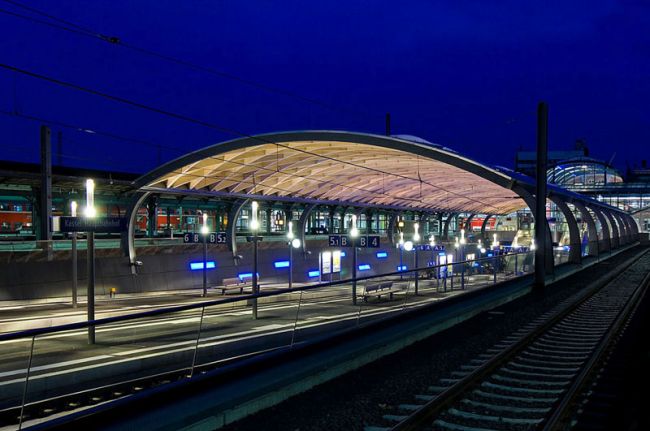